During the inference process, machine learning models create a heatmap of the input images.

Before the image is processed, a benchmark is run on the GPU to determine the largest tile that can fit into memory. Then, the image is divided into tiles of the determined size (including a small portion of context). Next, the inference process is run, and the results are saved on the disk. When all tiles are finished, they are merged into the final resulting mask. The tiles are then deleted.

Vectorization reads the grayscale raster data produced by the inference process and produces output in the form of polygons. The output vector data will be in the same coordinate system as the input. The resulting polygons and coordinate system information are saved in the geopackage file. To provide building footprints only model BSHRK-W-BFD-11 currently utilizes vectorization. This process may not be useful for or supported by other detection classes.

For more information on vectorization see Orca Configuration in the usage guide.

The polygons are then processed using the Douglas-Peucker simplification algorithm. Polygons that have an area below 10m2 are discarded. The polygons are then regularized producing more standard architectural shapes. If, due to feature complexity, the regularization process results in a polygon that is too different from the results prior to regularization, the vectorization process will revert back to the results created by the Douglas-Peucker algorithm (see fig. 1). In most cases the results after regularization are more accurate, however it is possible that smaller features with curved edges will be rendered as rectangular (see fig. 2).

Although an attempt is made to ensure valid polygon geometry, in some rare cases an invalid polygon cannot be repaired by the algorithm. Therefore, if guaranteed valid geometry is required, checking the validity of resulting polygons using standard GIS software such as OGR is recommended. 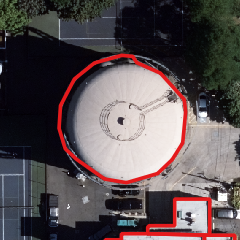 fig. 1 - footprint is more accurate prior to regularization. 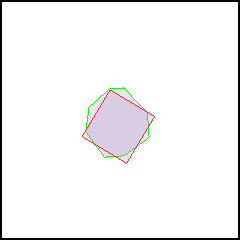 fig. 2 - small round object is shown with four right angles.

To produce a faithful vectorized image, the image is divided into tiles. Regardless of tile size, 300m of context is added to each side of a tile. This means that any given tile will overlap with neighboring tiles by 300m in all four directions.

To avoid overlapping polygons, in the majority of cases a polygon will be discarded if the central point (centroid) of the polygon lies within the tile and not within the context area.

Due to this process two known issues arise: 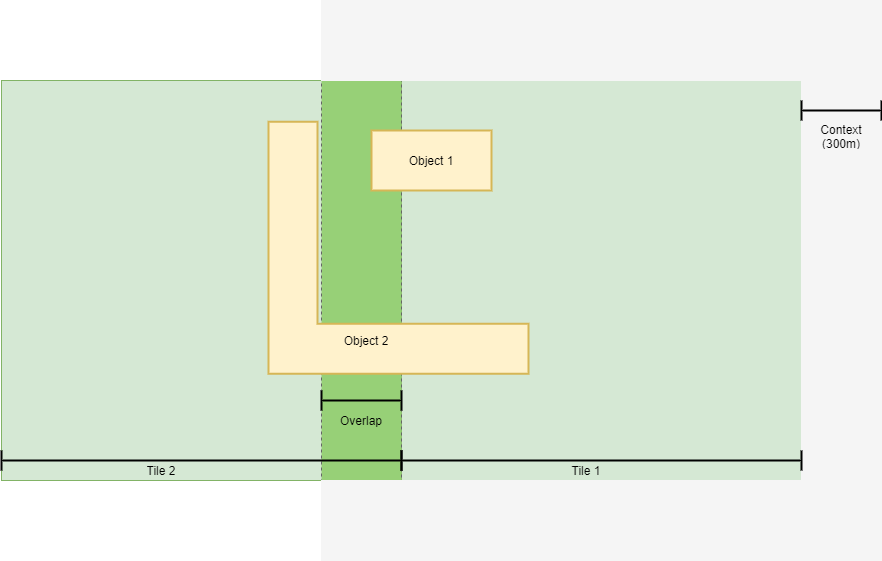 For some detection classes (roads, clouds, etc.), it is desirable to produce binary outputs. During the segmentation process the 256 possible values of the 8 bit grayscale heatmap produced by the inference process are simplified to two values.